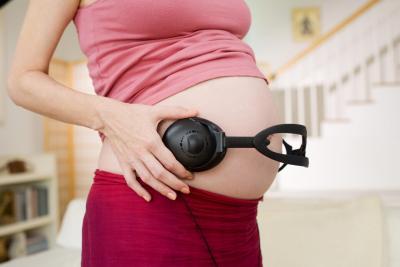 Prenatal stimulation during the second trimester

Prenatal stimulation is a process that promotes a greater learning ability in babies inside the uterus. According with the World Association of Early Childhood Educators (WAECE) there is evidence that proves that during the second trimester of pregnancy, fetuses are able to see, hear, feel, experience react to certain movements and moods of the mother. Eyes, ears, nose, tongue and especially the skin can perceive feelings and certain actions; today is known that your baby can be stimulated before birth. During pregnancy you can stimulate your baby in different ways, but this stimulation should be nice and presented in an organized way for your child to learn and in order to have positive long-term effects on the baby.

Parents often wonder, what is the best time to introduce a second, third or subsequent language in the child’s life. According to modern studies, the truth is that children begin to acquire communication skills since they are in the womb, and they develops language skills long time before they say their first word. But another thing is, around the eighth month of pregnancy, the baby has two to three times more neurons than adults have. However, during the last month before giving birth, half of them have died and it will continue, although in a slower pace during the following years of childhood. This process of natural destruction occurs because these nerve cells have not established connections between themselves and the isolated cell that is not used ends up disappearing. A stimulation is important to establish these connections.

For stimulation during pregnancy, the mother should be in a sense of wellness, like that endorphins that produce a pleasant and enjoyable state are released; they reach the baby through the placental circulation, producing the same sense of satisfaction and tranquility to the mother.

Check out our calendar of activities such as: Yoga, music therapy and massage.